For public transit systems eager to get riders back after the COVID-19 pandemic recedes, there would seem to be no more urgent concern than ensuring the safety of riders. 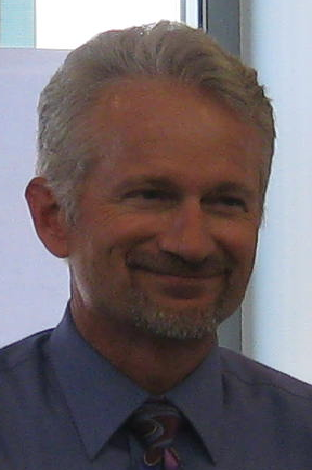 Several large transit agencies, including the Chicago Transit Agency (CTA) and the Los Angeles Metropolitan Transportation Authority (LA Metro), report that property and violent crime rates on public transit systems did not decrease even as ridership plummeted in the initial months of the COVID-19 pandemic.  “The people that are driving the crime never left the system,” one CTA official told the Chicago Tribune in late 2020.

Crime rates, transit experts warn, threaten a downward spiral. If crime rates on transit are not stemmed, choice riders – referring to riders with the means to travel across town with their own cars, or ride hailing apps, yet choose to ride public transit – may permanently avoid transit if they cannot feel safe riding buses and trains.

Uncovering the causes of crime on transit invites a series of questions, some likely to enflame public tensions. Can only a stronger presence of law enforcement on buses and trains stop criminal activity? Is the presence of riders experiencing homelessness increasing crime rates on transit systems? What is the role of passengers in ensuring safety of other riders?

“Your transit system is a microcosm of your city,” said Ashton Greene, executive officer of Los Angeles County Metropolitan Transportation Authority (LA Metro) System Security and Law Enforcement division. “If you see a rise in gun violence in your city…you’re going to see that reflected in the transit system. The transit system is not on an island.”

To some, the debate is binary: More or less police?

A more sensible solution, industry research suggests, is to increase the presence of uniformed personnel – not necessarily just police officers – on transit platforms, engage in crises before they become more violent incidents, and stop crime with physical designs of controlled environments and naturally occurring human interaction.

Advocating for more police on transit is likely to evoke the memory of Oscar Grant, an unarmed 22-year-old man who was shot to death by a police officer at a BART station on New Year’s Eve 2009. The officer, Johannes Mehserle, was later convicted of involuntary manslaughter.

Yet the absence of more aggressive policing measures raise the profile of crimes on transit systems that aren’t stopped. National outrage followed the recent reported rape of a woman on a Southeastern Pennsylvania Transportation Authority (SEPTA) train, which passengers did not intervene to protect the alleged victim, according to local police. The story recalled Kitty Genovese, a New York woman who was stabbed to death in 1964 as dozens of onlookers reportedly watched and did nothing to save her. (Historians have since cast doubt on critical details of the story, but not before her death became a symbol of social callousness.)

Advocates for a stronger police presence on public transit systems point to progress made in New York City during the early-1990s, when city lawmakers and police began aggressively cracking down on graffiti vandals who had, up to that point, often covered every visible inch of subway cars with impunity. After a return of New York subway graffiti in the mid-2000s, the New York Metropolitan Transportation Authority commissioned an anti-graffiti task force that took a harder line, scouring public blogs where “taggers” shared their work and prosecuting one vandal with several decades of notoriety.

By 2011, MTA reported a 60 percent reduction in subway graffiti, which they credited to the taskforce.

Others dispute the connection between reducing vandalism and reducing violent crimes.

A July 2021 report from TransitCenter, a New York-based transit and urban policy think tank, cautioned against resuming the “broken window theory” of crime prevention, where police aggressively respond to even the smallest visible sign of disorder to proactively combat more serious crimes.

“Despite New York City’s policy-makers’ confidence in broken windows theory in the 1990s, the causal relationship between broken windows policing and crime reduction remains less clear,” TransitCenter reports. “Its relationship to reports of police abuse and racial discrimination is, however, clearer.”

If a rider jumps a gate to get a ride on a TriMet train in Portland, Ore., that rider may be issued a citation with a $75 fine for a first-time offense, which they will have three months to settle to avoid having the citation permanently recorded by law enforcement.

The idea of “transit courts” has also gained acceptance. Transit courts allow alleged violators to contest citations in courts responsible for crimes on public transit systems, similar to municipal courts that adjudicate parking and speeding tickets. LA Metro is among the agencies that have stood up a transit court.

Others point to the presence of riders experiencing substance abuse emergencies, mental health emergencies, and homelessness, many of whom ride buses and trains for shelter, to explain the rise in crime on transit.

The perception of riders experiencing homeless may be enough to keep choice riders away. A 2018 American Public Transit Association report surveyed 49 transit agencies and found that three-fourths (73%) of respondents acknowledged that “homelessness impacts their ridership in one form or another.”

Ensuring that riders leave trains and buses at terminus stations may provide a more passive approach to riders experiencing homelessness. Yet some agencies are going a step further.

The City of Philadelphia and SEPTA have teamed up with Project Home, a local nonprofit organization, to provide on-site support at a train stop for Philadelphians experiencing homelessness, offering showers, laundry, and information about where to find stable housing.

Should others replicate this service?

A 2016 study from the Transit Research Board surveyed 55 transit agencies to gain their insight on best practices regarding riders experiencing homelessness. “(L)aw enforcement personnel from transit police or security departments consistently emphasized the need for partnerships and the options these partnerships offered to their police officers,” the report said. “Transit agencies reported that partnerships result in enhanced customer security and perceptions, provision of help for those who need it, and increased sensitivity to the people and issues involved.”

The Transit Research Board also urged agencies to learn from public libraries, often public facilities that similarly attract residents experiencing homelessness, and “target behavior rather than groups or individuals” by enforcing clearly communicated codes of conduct.

To fill vacuums in public transit, many security experts have called for Crime Prevention Through Environmental Design (CPTED) strategies. Adherents of this public safety approach support the design of physical environments where offenders are more likely to be seen, ensure more secure access control into built environments, reinforce private ownership of territory (with chain-linked fences, for example), and call on citizens to remain alert to potential criminal activity. Notably the CPTED approach does not call for aggressive law enforcement, nor does it deny law enforcement more passive tools.

The American Public Transit Association (APTA) has issued guidance specifying how transit agencies can administer CPTED strategies. An APTA report updated in 2020 urged members to follow CPTED principles by purchasing train cars that maximize windows that look out onto public areas, designing landscapes that guide riders toward more central access points, and maintaining cleanliness of public areas, among other specific applications of CPTED.

Another CPTED strategy to reduce crime: More clearly mark and expand buffer zones between riders and oncoming trains, making it less likely riders could be pushed onto tracks.

In a sense, CPTED combines approaches favored by advocates of more aggressive law enforcement on public transit with lighter enforcement tactics that have gained acceptance in recent years.

Under the category of surveillance, the Federal Transit Administration (FTA) recently clarified that agencies can spend FTA crime prevention funding on installing emergency telephone lines and installing lights in and near stations. The FTA has also clarified that funds can be spent on surveillance cameras. Indeed, the Chicago Police Department’s public transportation unit is aided by more than 32,000 surveillance cameras that look over CTA property.

Yet CPTED strategies can also be seen in proposals to increase uniformed transit agency personnel on transit systems, reinforcing the public’s ownership of transit facilities and vehicles. In Minneapolis, lawmakers and Metro Transit officials have discussed employing unarmed “transit ambassadors” to enforce restrictions on smoking and drinking on vehicles.

The success of CPTED could rest not with transit agencies or local governments, but with the riders. Signs urging riders to maintain vigilance and dial 911 if they witness a crime – a central element to the CPTED crime fighting approach – are infrequently heeded, recent events suggest. To Greene, the alleged rape witnessed by scores of SEPTA passengers calls to mind the unique insularity of transit riders. Passengers, Greene said, become “comatose” when boarding a bus or a train.

“If (SEPTA riders) were in an airport, or a mall, or some other (public facility), they would have been empowered to do something,” he said.

Digital transformation is opening new points of entry for hackers. How can public transit respond?

Public transit is pushing growing volumes of data onto cloud networks, exposing providers to new risks that are only growing.

Is it time to rip out the farebox?

Making public transit free might seem a crazy idea, but it has benefits that can outweigh the costs. It's widespread in Europe, and more American transit agencies should give it a serious look.