The bipartisan infrastructure bill passed. Here’s a primer on how it could be implemented and fix American supply chains.

The bottleneck at the Los Angeles ports is only the first slowdown point on a complex supply chain for imported goods. Now, the bipartisan infrastructure bill could speed up the slow-moving supply chain from the ports to the store shelves. 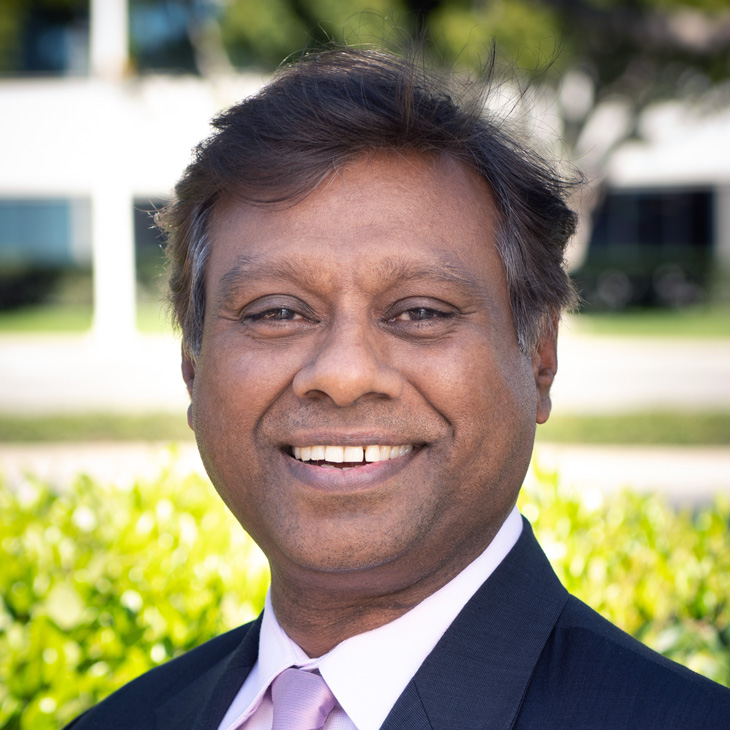 Consumer spending is back, up 32.5 percent since the April 2020 nadir. For durable (tangible) goods, American consumers have only recently begun to ease off the gas pedal after an unprecedented 80 percent increase in consumer spending during the 12 months after state governors began relaxing COVID-19-related travel restrictions.

Serving this hyperfueled demand for physical products has pushed American supply chains to the brink, forcing personnel at the ports of Los Angeles and Long Beach (often collectively called the San Pedro Bay Ports by industry professionals) to work 24-hour days to service dozens of vessels now stranded in the Pacific waiting for an open berth. Many economists have pointed to the logjam at these two ports, which serve more than a third of imported containers entering into the United States through U.S. Customs according to Department of Transportation data, as the cause of empty store shelves and the recent uptick in inflation.

The troubles confronting the supply chain of goods entering into the United States do not end at the Southern California shorelines, however. Goods unloaded at the San Pedro Bay Ports must be transported by trains on rail lines that need repair, or by trucks driven by an aging and overwhelmed workforce.

Are Washington lawmakers coming to the rescue? House lawmakers late Friday night passed the Infrastructure Investment and Jobs Act, a bipartisan $1.2 trillion spending bill that includes $17 billion in port infrastructure spending, $66 billion in passenger and freight rail service, and $110 billion in new funding for roads and bridges. All of this spending, the Biden Administration and Democratic and Republican lawmakers who supported the bill have claimed, will serve to shore up American supply chains.

If so, it would be welcome news for American consumers.

Some expect the logjam at the San Pedro Bay Ports to be a short-term crisis, easily brushed aside and forgotten once operations are stabilized. Others express optimism that the recent jump in consumer spending that has pressed supply chains is simply a short-term product of the succession of federal COVID-19 relief packages that included several cash payments to taxpayers.

Administration critics, however, warn of long-term and persistent inflation, driven by a continued and perhaps permanent boost in spending on goods that supply chains will struggle to meet.

President Joe Biden’s proposed social spending bill, if enacted, will likely nclude an extension of the Child Tax Credit, increased federal subsidization of childcare, and a host of other programs designed to boost after-tax incomes of consumers likely to continue increasing consumer spending. The flow of imported goods could further accelerate if trade tensions ease and Biden relaxes tariffs on goods imposed during the Trump Administration, as he said he would in the 2020 campaign. And in the increase in spending on goods has not been mirrored by an increase in spending on services – indeed only last month did spending on services meet pre-COVID-19 levels – suggesting a possible fundamental shift in consumer behavior.

Mindful of these trends, investors in U.S. Treasury bonds appear to be expecting average inflation to rise above 3 percent over the next five years, the highest inflation expectation recorded in nearly two decades.

If indeed inflation is inversely correlated with the speed of transport of goods, much will be riding on the success of implementing the bipartisan infrastructure bill.

Opening up the first chokepoint at sea ports

Perhaps sensing both economic and political opportunity, Florida Gov. Ron DeSantis has invited cargo ships to reroute from California to one of his state’s 15 ports.

In fact cargo ships years ago began looking east – with some success. Goods traveling through Pacific ports declined from about 48 percent of waterborne goods entering into the United States in 2010 to a little more than 40 percent of goods entering in 2017, according to Department of Transportation data.

Yet there is little evidence that simply rerouting traffic will solve the recent slowdown of the American supply chain.

For goods to travel from Asia into the United States, it is almost invariably less expensive to enter through Pacific ports. This in spite of an abundance of fees to load goods from the San Pedro Bay Ports onto rail lines and trucks and transport cargo out of the region. To take one example, the Alameda Corridor Transportation Authority (ACTA), which governs a 20-mile rail line connecting the San Pedro Ports to the BNSF Railway freight railroad, now charges at least $25 for each container passing through its system.

Still, for Asian-made goods, the price is paid. According to ACTA’s website, more than 12,000 containers pass through its system each day, enough to “cover all of Disneyland.” User fees might be the only way to slow the fast-rising demand on American supply chains, and continue the push of imports away from maxed out Pacific ports.

Even before the recent spike in consumer spending, American consumers increased the tonnage of imported goods sent through Pacific ports by 38 percent from 2009 (after the Great Recession) to 2017, according to U.S. Department of Transportation data.

The Biden Administration and advocates of the bipartisan infrastructure bill are betting that improving existing ports is the most efficient way to expedite the movement of imports.

Here, precisely, is where the bipartisan infrastructure bill could open supply chain bottlenecks. Port infrastructure advocates have long asked Congress to expand the Port Infrastructure Development Program, and they just got their wish.

Keep traffic moving after vessels unload at a berth

At the San Pedro Bay Ports, containers are either offloaded directly onto a train for transport or are transloaded onto a truck. Both routes out of sea ports face unique and growing challenges.

The value of freight carried by trucks in North America reached an all-time high in July, according to U.S. Department of Transportation data. Employment in trucking, according to industry professionals, is not keeping pace, leading the president of the American Trucking Associations to warn that 80,000 new truckers will need to enter the American labor force to transport the increasing volumes of cargo. The bipartisan infrastructure bill includes funding for a national apprenticeship program for 18- to 21-year-olds to enter into trucking careers.

For the rest of the goods that travel by rail, the supply chain is no less strained. The 140,000 freight rail miles in the United States carried more freight than ever in March 2021, according to U.S. Department of Transportation data. This at a time when the American Society of Civil Engineers reports that at least $10 billion will need to be spent to bring the Class I network of railroads – referring to seven railway systems, including BSNF Railway, that compose the majority of the rail infrastructure in the United States – up to a state of good repair.

Then there is the issue of traffic, both on the road and on rail lines.

Nationwide traffic volumes have begun to increase as COVID-19 fears have receded, but according to Federal Highway Transportation Authority data, traffic volumes are still down about six percent from the traffic measured in August of 2019. When traffic resumes pre-COVID-19 levels as it almost certainly will in 2022, more cargo trucks will need to share American highways with more cars, likely slowing traffic and with it the supply chains.

The same confluence of travelers and the supply chain can be found on rail lines. Amtrak owns 363 miles of the 457 miles of rail that connects Boston to Washington, D.C., and though it has the priority to use these rail lines over freight cargo, freights have ignored this requirement, Amtrak has claimed, continually slowing service.

The bipartisan infrastructure bill seems unlikely to permanently solve the supply chain challenges on the road or on rail lines.

The bill President Biden will soon sign into law will boost spending on highways and bridges by $110 billion, no doubt funding a bunch of major highway projects that will open up traffic for cargo trucks. But the American Society of Civil Engineers warns that seven times that amount of spending on American roads and bridges is required to catch up with the existing backlog of repairs.

Perhaps the long-term solution involves looking beyond fixing a few of bottlenecks and instead rethinking the supply chain from beginning to end with an assumption that elevated demands on the supply chains are not going away.

The American supply chain extends from the ships through the ports, onto trucks and trains, and into warehouses, retail stores, and eventually to the customer. The movement of goods can come to a standstill at each point along this chain.

The Infrastructure Investment and Jobs Act addresses only the initial stages of the supply chain. The bipartisan infrastructure bill does not provide emergency relief to unload scores of warehouses that have been filled to the brim with boxes, a product of too few truck drivers to deliver freight to consumers. It does little to manage last-mile deliveries of packages that has gridlocked urban streets. And of course, there is little appetite on either side of the isle to do anything that might curb consumer spending on goods.

The current supply chain disruption isn’t likely to be a short-term one, so neither should the solution. As a source told Slate Magazine recently: “We’ve spent decades optimizing supply chains to carry a very specific amount of cargo during very specific times of the year across very specific modes of transportation…As soon as we exceeded the design capacity of those systems, it broke.”

New fare collection systems are pushing the processing of transactions to the back end, potentially enhancing rider convenience.